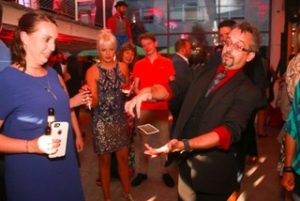 You can make your corporate event memorable by offering entertainment, whether you’ve arranged a multi-day conference, a holiday celebration, or a party marking a company milestone. And a great way to offer entertainment to your event-goers is to hire a St. Louis area magician- Gregory Green.

Almost everybody loves magic, and if you hire someone who specializes in up-close, strolling magic to mingle with your guests, your event will be extra memorable.

Strolling magic is a special kind of performance designed to give the audience more one-on-one attention. Instead of a performance on a stage separate from the people watching, a strolling magician becomes part of the group, engaging your guests on an individual basis and amazing small groups of people at a time.

Magic with a Personal Touch

Magic is fantastic, and there’s nothing quite like watching a magician saw a person in half on stage or levitate something in mid-air. But when a strolling magician can put a ball or a coin in your closed fist that somehow multiplies into more when you open it, you’re going to be astonished in a completely different way.

While strolling magic is designed to entertain individuals and small groups at a time, it also creates a buzz and excitement as the magician moves through the crowd. People gather around to watch the magician interact with one or two people, often forming a large group of spectators. Anticipation builds as people watch the magician, hoping he’ll come closer to them next to perform some tricks.

Magic as an Ice-Breaker

At most parties and weddings, many people are already familiar with one another, yet those who aren’t can be brought together as a magician strolls to their table and engages with them. At corporate events and large gatherings where many people are strangers, this type of performance can get people talking and interacting, making other discussions, meetings and team-building exercises more effective. 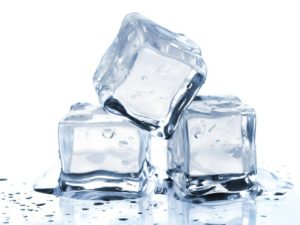 Use St. Louis Magician Gregory Green’s magic as an Ice Breaker for your event

Magic Happens TO You

Stage magic is wonderful, but it’s something you passively watch unless you’re one of the lucky volunteers called up from the audience to help with a particular trick. Strolling magic, on the other hand, comes to you and often directly involves you. The magician often asks you questions such as to pick a number or a color, or asks you inspect things like rubber bands or foam balls. Many tricks are done right in your hands, which thrills many adults as much as it does children. This level of interaction and engagement is unique to strolling magic. It will delight and entertain your guests, ensuring they will talk about your event long after it’s over.

Are you looking to hire a professional St. Louis strolling magician for your corporate event or party, or to draw customers to your venue? Contact me via phone at  702-496-8106 or via email at magicmanstl@gmail.com